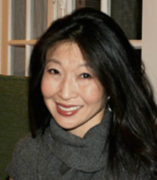 Helen Heran Jun is an Associate Professor of English and African American Studies, as well as affiliate faculty in Asian American Studies. Her research on the 19th Century Black press and the anti-Chinese movement was published in American Quarterly (2006) and in Strange Affinities: The Gender and Sexual Politics of Comparative Racialization (Duke: 2011). Her book, Race for Citizenship: Black Orientalism and Asian Uplift from Pre-Emancipation to Neoliberal America (NYU: 2011), is a relational study of the differential locations that African Americans and Asian Americans have held with respect to the institution of U.S. citizenship.  She teaches courses on Asian American and African American literature, neocolonialism and globalization, and the prison industrial complex.