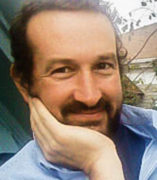 Professor Coviello specializes in American literature and queer theory. His research considers the entangled histories of intimacy and empire in nineteenth-century America, with particular attention to questions of secularism, biopolitics, and sex. He also writes extensively in more public-facing genres, working at the seams between professional criticism, scholarly appraisal, and literary nonfiction.

He is the author of five books, including Tomorrow’s Parties (NYU, 2013), Make Yourselves Gods: Mormons and the Unfinished Business of American Secularism (Chicago, 2019), and Long Players, a memoir selected as one of ARTFORUM’s Ten Best Books of 2018. His work has appeared in journals ranging from PMLA, ELH, and American Literature to Raritan, American Literary History, GLQ, and MLQ, as well as in venues like Frieze, The Chicago Review, The Los Angeles Review of Books, The Boston Review, Public Books, Elle, and The Believer. He taught for many years at Bowdoin College – where he served as Chair of the Departments of English, Africana Studies, and Gay and Lesbian Studies – and in 2017-18 was on fellowship at the Institute for Advanced Study, in Princeton. He has been at UIC since 2014.

His next book, a collection of essays entitled Is There God After Prince?, is forthcoming from the University of Chicago Press in 2023.

Make Yourselves Gods: Mormons and The Unfinished Business of American Secularism (Chicago: University of Chicago Press, 2019), in the “Class 200: New Studies in Religion” series.

Finalist for a 2013 Lambda Literary Award in LGBT Studies

Memoranda During the War, by Walt Whitman (New York: Oxford UP, 2004).