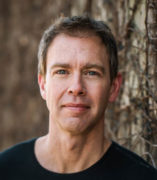 Nicholas Brown teaches Modernism, African literature, and critical theory in the English Department and in the Department of African American Studies, with an affiliate position in Art History. His research interests include Marxism, Hegel studies, the history of aesthetics, Lusophone literature, and music studies. His first monograph, Utopian Generations: The Political Horizon of Twentieth-Century Literature (Princeton, 2005), examined the relationship between postcolonial literature and European modernism, and the relationship of each to continuing crises in the global economic system. His new book, Autonomy: The Social Ontology of Art Under Capitalism (Duke, 2019), asserts the resumption of the modernist sequence — not always in the expected places — in the era after postmodernism. Chapters of Autonomy have appeared in nonsite, Postmodern Culture, and the Revista do Instituto dos Estudos Brasileiros. Former President of the Marxist Literary Group, Professor Brown chairs the editorial board of the journal Mediations and is a founding editor of the electronic/print press MCMʹ.

Autonomy: The Social Ontology of Art under Capitalism

Marxism and the Critique of Value