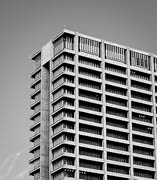 Eugene Wildman is a former editor of the Chicago Review and a winner of several Illinois Arts Council awards for fiction. His main interest is in the short story, though most of his early work was experimental. He was the editor/"composer" of the Chicago Review Anthology Of Concretism, the first collection of visual poetry to appear in this country; that was followed by Experiments In Prose, an assemblage of nonlinear and mixed media texts. These had an international impact and brought French, German and Latin American experimentalism into sharp focus here. These print-objects are still found at book fairs and mixed media exhibits in Eastern Europe, South America, and even Canada, where a radical aesthetic remains more current. Wildman is also the author of two experimental novels, Montezuma's Ball and Nuclear Love, but in time his work became more realistic as he grew disillusioned by the lack of interest in character and the overemphasis on form in experimental writing. His main interest is contemporary fiction, and his short story collection, The World Of Glass, is due out this fall from the University of Notre Dame Press.

The World of Glass