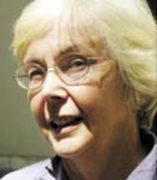 Virginia Wright Wexman's specialty is film studies. She teaches courses on film history, film genres, film authorship, and national cinemas. Her books include Creating The Couple: Love, Marriage, And Hollywood Performance; Roman Polanski; A History Of Film (co-authored with Jack Ellis); and an edited volume Film And Authorship. She is currently working on a book entitled, Compromised Positions: Hollywood Directors and the Cultural Construction of the Artist. Wexman served as President of the Society for Cinema Studies from 1993 to 1995. From 1982 to 1987 she edited the Society's quarterly Cinema Journal.

A History of Film

Film and Authorship (Depth of Film)

Letter from an Unknown Woman (Rutgers Films in Print)