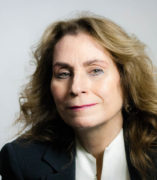 I received my doctoral degree from UCLA and have been pleased to have been awarded five teaching awards during my time at UIC.

My earlier research and publication interests centered on trans-Atlantic connections between nineteenth-century American authors and British authors of the Renaissance and seventeenth century.  I have published The Complicity of Imagination: The American Renaissance, Contests of Authority, and 17th-Century English Culture (Cambridge University Press) and Melville & Milton: An Edition and Analysis of Melville’s Annotations on Milton (Duquesne University Press). I have been awarded an Andrew W. Mellon Foundation Fellowship, and was a panelist for the National Endowment of the Humanities.  I have published numerous book chapters on Melville (Cambridge, Oxford, Blackwell Publishing, and in journals). I have also written on Edgar Allan Poe (Poe Writing/Writing Poe), and on Emerson (The Oxford Handbook of Transcendentalism, The Encyclopedia of Transcendentalism, and Milton Quarterly).  Many of the above books, chapters and articles focus on the British (Scottish and English) Enlightenment philosophy and antebellum American authors’ reactions against those philosophical writings, as well as American authors reactions to the birth of science and its relationship to theology in Early Modern England.  I have argued that Americans turned to the earlier authors for answers to predicaments in their own nineteenth-century culture. My more recent work on Poe has focused on the politics of mounting sectionalism and the economics of authorship in nineteenth-century America. I have also often taught and published in the Early American period (1630-1800).

Most recently my research, publication, and teaching interests have focused on the politics and history of the American Civil War and Reconstruction, and upon the intersection of ethics and aesthetics in writing about war. I have published an extensive biographical and literary article on John Beauchamp Jones in The Dictionary of Literary Biography. Jones is well known to historians as author of The Rebel War Clerk’s Diary, but he was also a friend to Poe and was known to others as a magazinist and novelist, who wrote about politics and economics.

I am completing a book, Alternative Antebellum Histories of the Civil War. This book presents the heretofore unknown genre of American “alternative history,” which is neither science fiction, nor counterfactual history.  This book focuses on five authors (Southern and Northern), who imagined the Civil war up to thirty years before it began.  The project focuses, not upon how accurate their predictions were, but upon their culture’s undercurrents of anxiety about immigration, migration West due to land depletion, the problems maintaining slavery, and fears of unrelenting secessions, even from the Confederacy’s CSA.  It also shows the early use of black spies in detection agencies, as well as fantasies of a significantly changed but triumphant South, or in one instance, a victorious North.

The Complicity of Imagination: The American Renaissance, Contests of Authority, and Seventeenth-Century English Culture