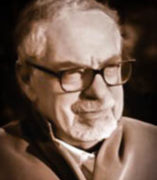 Gerald Graff is one of his generation's most influential commentators on education, not only as a historian and theorist, but also through his impact on the classroom practice of teachers. His 1987 book, Professing Literature: An Institutional History, which is widely regarded as a definitive work, has recently been reprinted in a Twentieth Anniversary Edition by the University of Chicago Press. This book also helped launch Graff's argument, subsequently developed in Beyond the Culture Wars: How Teaching the Conflicts Can Revitalize American Education (1992), that schools and colleges should respond to curricular and disciplinary conflicts by "teaching the conflicts," incorporating debates, for example, about literature, history, and how these fields should be studied into courses themselves. Graff's idea of teaching the conflicts has also inspired two widely used "Critcial Controversy" textbooks, editions of Twain's Adventures of Huckleberry Finn and Shakespeare's The Tempest, both edited by Graff and James Phelan, and the popular collection, Falling Into Theory: Conflicting Views on Reading Literature, edited by David Richter with a preface by Graff.

With the publication of Clueless in Academe in 2003, Graff's work has focused particularly on (in the book's subtitle) "How Schooling Obscures the Life of the Mind," and how schools and colleges can demystify academic intellectual culture for all students, not just the high-achieving few. This book helped inspire a basic writing textbook, "They Say/I Say": The Moves That Matter in Academic Writing (2006), co-written by Graff and his wife Cathy Birkenstein, which has set records for sales in colleges and high schools. Graff (and now Graff and Birkenstein) has given lectures and workshops at many schools and colleges, and Graff's work has been the topic of three special sessions at MLA conferences. Graff's career has culminated in his election as President of MLA in 2008.

They Say/I Say: The Moves That Matter in Academic Writing

Clueless in Academe: How Schooling Obscures the Life of the Mind

Literature Against Itself: Literary Ideas in Modern Society

Beyond The Culture Wars: How Teaching the Conflicts Can Revitalize American Education